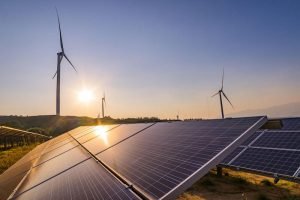 Georgia has tremendous potential for the utilisation of renewable energy and it could reach a 100 per cent renewable future, thanks to its resources in hydro, wind and solar. Moreover, the country has an untapped potential for hydropower with 300 out of the 26,000 rivers capable of providing excellent opportunities for hydropower production. However, only 20 per cent of the total hydro capacity is utilised.

Giorgi Chikovani, the CEO of Georgian Energy Development Fund (GEDF) marked out two hydropower plants among the most promising renewable energy projects within the Fund’s portfolio: Borjomi and Chordula HPPs.

Mr Chikovani, also mentioned the Nigoza wind power plant and the Udabno solar power plant, as very promising renewable energy projects: the first one with a forecasted installed capacity of 50 MW, while construction works for the 5 MW Udabno solar plant are planned to start in 2021.

With the technical assistance and support of EBRD, the GEDF is working under a small-scale pilot project of hydrogen and an additional 50 MW solar power plant, which involves the forecasted investment of the project is 44 million US dollars. GEDF also continues its work on the development of the first biomass power plant and biogas power plant projects in Georgia.

According to the International Energy Agency (IEA) in its 2020 review, Georgia has made solid progress in improving both the security and sustainability of its energy supply, earning the country the reputation of a star reformer. The country is still confronted with many challenges which could be partially solved also by the introduction of schemes for procuring renewable capacity or by streamlining the permitting and licensing procedures for hydropower and other renewable projects