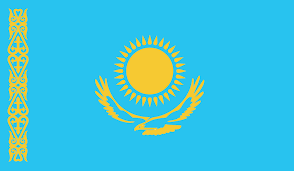 Kazakhstan has a unique renewable energy potential, having a capacity to expand solar, wind and hydropower projects. With the Government’s ambitions to get 50% of energy from renewable sources by 2050, the sector is experiencing great interest among international investors. We reached out to Timur Shalabaev, Executive Director of the association Qazaq Green to discuss renewable energy development in Kazakhstan.

In order to support the development of the renewable energy sector the Solar Power Association of Qazaqstan was founded in 2018. Our association held the International Business Festival of RES Solar Fest Qazaqstan-2019, launched the release of the sectoral information and analytical magazine Qazaq Solar, which in 2020 was awarded a diploma of the Competition of the Electric Power Council of the Commonwealth of Independent States for the best-printed edition of the CIS member states.

Taking into account that today the issues of “greening” the economy of Kazakhstan are one of the most important strategic directions of the country in 2021 we decided to rename our association into the RES Association “QAZAQ GREEN”, changed the name and our magazine, which today is also called “QAZAQ GREEN”.

Our main task is to promote the achievement of carbon neutrality in our country through the development and support of renewable energy sources: solar, wind, hydro and bioelectric power. Today, our RES sector faces important challenges: quick implementation of flexible capacity projects, development and use of energy storage systems, promotion of the use of small-scale RES by the population of the country, improvement of the RES electricity generation forecasting system, the introduction of a balancing electricity market and market mechanisms, such as demand management.

With the approval of the Strategy for achieving carbon neutrality until 2060, the sector is facing new opportunities and perspectives. This includes the “greening” of basic sectors of the economy, such as the oil and mining and metallurgical sectors, reduction of the carbon footprint in other sectors of the economy, development of renewable energy in conjunction with new (digital) sectors of the economy, and development of the market for bilateral contracts. We express confidence that by consolidating the efforts and expert opinion of the entire business community of the renewable energy sector, we will be able to contribute to the solution of all these tasks.

– How do you assess the current level of renewable energy development in the country?

In May 2021 the President of the Republic of Kazakhstan K. Tokayev on the meeting on the development of the electric power industry gave a task to increase the indicator of the share of RES stations power generation to 15% until 2030. This means that the RES sector should grow 4 times within the next 9 years. Currently, in Kazakhstan, we have all possibilities to meet this goal.

Certainly, the new wave for the RES development is given by the decision of Kazakhstan to reach the goals of carbon neutrality until 2060, which was declared by President K. Tokayev at the end of 2020. The business community of the RES sector is looking for Kazakhstan’s long-term Doctrine of Carbon Neutral Development until 2060, which should be published by the Government in March this year. There is no doubt that renewables will play a crucial role in the process of the decarbonization of the economy. Thus, we are convinced that RES has a big future in the country and all plans and goals will be achieved.

– What are the unique opportunities for international investors in renewable energy that exist only in Kazakhstan?

Renewable energy sources in recent years have been positioned by Kazakhstan as one of the vectors for the development of the energy complex. According to expert estimates, the potential of RES in Kazakhstan is very significant. For example, the potential of wind energy is about 920 billion kWh/year, the technically feasible hydro potential is estimated at 62 billion kWh, and the potential of solar energy in the southern regions of the country reaches 2,500–3,000 hours of sunshine per year. Certainly, these figures discover a big opportunity for all RES technologies to be improved in the country.

– Reducing the amount of calculated Corporate Income Tax by 100%

Therefore, investors in renewable energy facilities receive additional incentives for the implementation of projects in Kazakhstan. In addition, there is an existing system of exemption of customs duties. This is a very big support.

Also, I would like to emphasize a very transparent auction system for the selection of investors to implement RES projects in the country, which was launched in 2018. For the last 4 years, 196 companies from 12 countries have participated in auctions. In 2018-2021 1705 MW of RES capacities were announced for auctions for the selection of renewable energy projects.

– What are the most common challenges renewable energy investors face and how are they tackled?

Currently, the development of renewable energy sources in Kazakhstan is limited by the challenges in the electric power industry in general. Since September 2021 we have had a deficit of electric power generation, because of highly increased consumption by industry and the digital mining sector. This deficit is covered by importing electricity from Russia. The situation gets worse by the obsolescence of power generation equipment on traditional coal stations (the age of 55% of equipment on traditional coal-based stations are more than 30 years, age of 66% of equipment on hydropower plants las more than 30 years). This situation has consequences of an increase in the volume of emergency repairs and blackouts, which you can observe. As an association, we declare that there is a strong necessity of development of the Strategy of electricity power industry development, which will discover the vision of the electricity system development and will set a necessary step for its transformation.

As you know the schedule of RES electricity generation during the day is uneven and depends on the weather conditions. This uneven generation introduces imbalances in the grid system. In order to balance these deviations, the system should have manoeuvrable (flexible) capacities. Manoeuvrable capacities are mainly represented by gas-turbine stations and hydropower stations, which may based on the command of the system operator immediately start to generate the missing power. In our country, 70% of installed capacities are based on coal and there is a problem of lack of manoeuvrable capacities in the system.

In 2020 the Parliament of Kazakhstan accepted the amendments to the legislation, which provide opportunities to conduct auctions for the selection of projects of construction of manoeuvrable capacities in the country. Thus, we hope that in the mid-term period this problem will have a practical solution. At the same time as a RES business community, we see that there are a lot of opportunities that we have to use. For example, the implementation of RES projects with energy storage through the auction mechanism may help to smooth the graphics of power generation by RES stations. Another option can be the development of small scale RES projects (introduction of renewables by households and businesses for own consumption). Results of research in the country show that small scale renewables may contribute to increasing the reliability of the grid, unloading overloaded nodes and reducing electrical energy losses. On the other hand, it may help to make renewables popular among citizens of Kazakhstan.

– What are the next steps of Qazaq Green to facilitate greater renewable energy development?

Currently, the key problem of the electric power industry in the country is the absence of the strategic vision of the industry development for the mid-term period. We are confident that the development of a special Strategy will help to determine the further development of the industry, ensure energy transformation and the transition to clean energy sources, develop new trends in both generation (RES, alternative energy, energy storage systems) and consumption (digital mining), development of market mechanisms, defining benchmarks for foreign and local investors and international financial institutions, timely training of personnel for the industry.

Qazaq Green is working on the consolidation of efforts of different stakeholders in the sector for the development of this important document.